If you mean meticulous in the sense of careful, conscientious, diligent, ultra-careful, painstaking, demanding, exactly, accurate or correct…then yes, 2016 was meticulous. The year of juggling work and study better, of support for Hubby and Son1 in their own challenges, of reconnections and loss (Darling Daisy) all incorporated some aspect of that word…and whilst I may not have had that word front of mind all the time, it was a good choice for what was a difficult year.

And so we move to 2017…and in my efforts to begin a new year on a more inclusive note, I asked Hubby if he wanted to help decide on OUR word for the year…a word that would help focus our efforts and attentions to a successful and happy year. Surprisingly (& he still does surprise me) he was keen and chose the word CALM.

CALM with its adjectival meaning reflecting serenity, tranquility, peacefulness, stillness, restful and undisturbed. CALM, the noun, of self-possession, composure, self control and presence of mind and CALM, the verb, soothing, appeasing, pacifying, conciliating and placating.

I envisage that the year which is planned to involve more travel, more work, more study, more difficult people, more challenges than the last will need CALM in all its forms from us both. 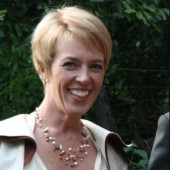